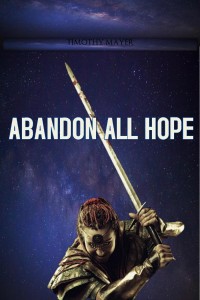 “What do you need, Captain?” Shakti asked him as she looked at the face of the man in charge of the Vindicator. She noticed the captain staring at her, then realized she was stark naked and he could see her; Shakti sighed and picked up a nearby towel, wrapping it around her torso.

“Don’t tell me you have never looked at a naked woman before,” She said to the image.

The Captain, who was known as Wu, was on the short side for a corvette captain. He had served in the interstellar forces for many years, but this was his first command of an actual fast attack ship. He’d wanted a position on a larger vessel with more firepower. However, he was happy with his current position.

“Not one as fine as you,” he told her with a smile. “We have another assignment for the warbrides. The medics can’t find anything, so you’ll be released from quarantine. The war college wants your team to investigate a wasp ship drifting near the one you captured. We think it might have been part of a convoy.”

“Why us? Don’t you have any Imperial Legions to look into it?”

“The emperor sent them to other theaters. This is a small ship, looks to be some kind of transport. We don’t see any external weapons, but no one can tell what’s inside it. We need you and the warbrides to find out what it contains. How fast will it take you to be suited up and ready?”

Shakti thought for a few minutes. “Give us an hour, Captain. We’ve been lounging around since you pulled us out of that destroyer. I think the girls will like a chance to get out and do something.”

“One hour. I’ll have a shuttle ready for you.” The image on the screen faded.

Shakti dropped the towel and folded it. She looked down at her naked body and admired it. All the physical discipline and controlled rations did her plenty of good. She’d lost a few inches on the waist, but her breasts still were firm. I’d get a premium rate back in my old pleasure house, she thought. She thought again and remembered those days were over. She was a warbride and married to the emperor.

The women were in the central room of the infirmary. There wasn’t much to do and they spent their time trying to read or play games. Tara and Salina were playing with cards and three other women were braiding one of their co-wives hair. They all turned when Shakti entered the room and called attention.

“Our rest period is over,” she announced while standing barefoot in the bay. “The captain tells me a new wasp ship was found drifting near the destroyer we captured last week. Since the legions are busy killing wasps on other planets, we get the job of checking out this new ship. I need everyone suited and ready in a half hour.”

“I could get used to this armor,” Kamala said over her audio as the shuttle circled around the wasp vessel trying to find anything that resembled a docking port. The organic nature of the wasp ships made them difficult to explore. The destroyer captured by the warbrides was in the hands of a technical board who were trying to find ways to explore it without destroying the interior. It took them days to remove the self-destruct bombs. These were the ones the pilot-commander tried to detonate.

“I think I see something,” the pilot told them from his position up front. “Looks to be some kind of docking station ahead. Did you bring explosives? I can try and shoot it open for you.”

Shakti was ready to tell him they had their own demolition expert who could do the job, thank you, when the pilot let out a yell.

“What’s wrong?” she asked over her audio.

“Port is opening!” he exclaimed. “I’m going to put it on the main screen, have a look.”

The image on the screen illuminated to show a door slowly opening on the side of the wasp ship. It locked into position when it was fully open. The door was smooth and appeared to be made of the same kind of material as the rest of the ship.

“I’m receiving a transmission from the ship,” the pilot informed them. “It claims to be from human survivors inside it. They say the ship is in their hands and we can come aboard. They want out of there as soon as we can get them. They tell me I can bring the shuttle inside the port; there is room for me to dock. I’m going to risk it and believe them. I can dock right up to the door and seal the shuttle to their ship. That way you won’t have to go outside to get inside.

“We weren’t looking forward to blowing it open again,” Shakti told him. “Let us off, but if we run into anything nasty, get the hell out of here.”

Abandon All Hope on Kindle.

I just downloaded Abandon all Hope. Each timi I turn to a new page, the text skips forward leaving a gap from the last page. It is most annoying and takes all the joy out of reading the book.

Just sent you the complete novel. Let me know if you have any problems with it.