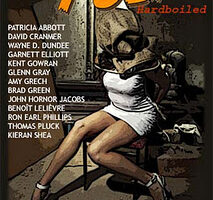 Beat to a Pulp: Hardboiled edited by David Cranmer and Scott D Parker “Hardboiled” fiction has been popular since the post WW2 era. Every since returning GI’s started coming home after the Good War, there… 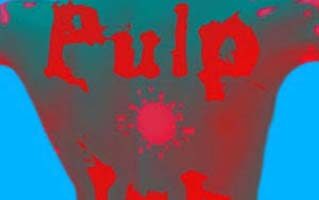 Pulp Ink edited by Nigel Bird and Chris Rhatigan It may be that the anthology format will be the best one for e-publishing. At least with the newer generation of pulp writers, this seems to… 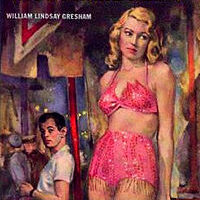 Nightmare Alley by William Lindsay Gresham  This is the story of Stanton Carlisle, a carnivalsideshow mentalist, who decides to strike out for the big time bygoing into the spiritualism racket. With his knowledge of humannature…

How The West Was Weird: Campfire Tales edited by Russ Anderson, Jr. The old west is a perfect setting for horror tales. Isolated farmhouses, a mysterious stranger dragging a coffin, a hero who cannot be…

My latest novel went live today. You can order a copy of it from Amazon. Here is an excerpt from the book: “I don’t need blood flowing in the streets,” the marshal yelled at him….

Long before Hollywood plagued the world with one sequel after another, the great pulp writers discovered the power of bringing back a character, even after he or she was killed at the end of the story. At the end of the first Golden Amazon novel, we saw Violet Ray Brandt dead, a victim of her own psychopathic intrigues. However, John Russell Fearn, the creator of the Golden Amazon, knew he had a hot property on his hands after the success of the first Golden Amazon reboot.

David Gordon shoots and scores again with his latest novel, The Bouncer. After I read his Mystery Girl and The Serialist, I am convinced Gordon is one of the best crime writers I’ve encountered in a long time. His books are hilarious and keep your attention. He knows how to tell a good story, create memorable characters, and engage the reader. And, dammit, he’s already put out a sequel to this book which I’ll have to buy. I’m never going to finish Dodge in Hell or Youngblood Hawke.

One of the greats of 20th-century genre writing, Frederick Brown was accomplished in all areas of popular fiction. Science Fiction, fantasy, detective, mystery, thrillers; the man wrote in every area. I’m sure there were a few…

They came around the sand dune and stopped. All twelve of them. In front of the trio stood twelve Nazi Zombies. They even had on the torn black uniforms. It was possible to see the naked, flesh through rips in the uniform. Most of the heads were gone, but some kind of tentacle thing moved around what was left. The game designers overlaid the enemy bots with enough visual nightmares for ten lifetimes. The sheer appearance of these creatures in the daylight startled them. By the time the NZ’s had turned in their direction, they swung up and leveled their guns. The women turned to him for guidance, but Kurt shook his head.

“So long as we get enough out of this run to make it worthwhile,” she told him. “The last tomb we explored turned out to be empty. And we had to clear out the demons inside of it to boot.” She was the only member of the team who didn’t need to wear armor. As a healer, she could repair any damage done to her person so long as it wasn’t fatal. Enlil still didn’t think she needed to tempt fate, but whatever. They’d return to the starting point if all of them were killed.