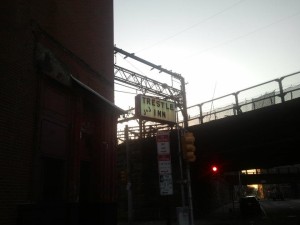 Boot Williams loaded his automatic and checked for the spare box he kept in the glove compartment. He was down to the final twelve hours.

It had been a long week for him. Six fugitives, in Six days. He still couldn’t believe what had happened to him. He was five hours from St. Louis and the courthouse. But he still had time. All he needed to do was get them all back in one piece and the money was his. That little grocery store in Carondelet was starting to look better and better all the time. He just needed the money this job would give him.

Shoving the gun under his jacket, Boot saw the pay phone on the corner and pulled up to it. He grabbed a handful of change out the coffee can on the floor and opened the door. Was it Sunday already? It had to be, the newspaper box for the Dispatch was on the corner and it was the final Sunday edition. How the hell did they get those papers out here so fast? Maybe the final edition in St. Louis wasn’t the same one they got in Springfield, it was hard to tell.

He rubbed the sleep out of his eyes and looked around. There were a few stores on the corner and a small pizza shop next to them. It was already ten in the morning and the pizza shop was getting ready to open. The owner was staring at him as Boot walked up to the pay phone. Or maybe he was staring at the Volkswagen he’d driven into town. He couldn’t tell which.
“That’s right,” he mumbled to himself. “A big black man just rode up in a little VW. You saw right, home slice.”
Boot remembered to take off his sunglasses and put them in the pocket of his jacket. It was early May, but the weather down near Lake of the Ozarks could be unpredictable. He hated the cold. St. Louis never got as cold as Milwaukee, where his former wife now lived, which was another reason to stay the hell away from the place.
“Good morning,” a voice said from behind him.
Boot turned around to face the pizza shop owner, still wearing his apron.
“Am I blocking something?” Boot asked. No time to get a ticket now.
“No,” the man said. “I just wanted to make sure I saw this for real. You drive that VW?”
“Yes I do. And why do you ask?”
“How do you fit into it? You have to be at least, what, six three?
“Six four to be exact. And two eighty when I haven’t been working out.”
“I just wondered why,” the pizza shop owner continued. “Wouldn’t a larger car be comfortable?”
“It would be,” Boot returned, rubbing his shaven head, “but I can park this car just about anywhere. Comes in real handy with the kind of work I do.”
“Okay. What line of work are you in?”
Boot grinned.
“Legal.”
“Oh, a lawyer?”
“No, I’m a bail bondsman.”
He continued walking to the pay phone while speaking.
“And right now, I’ve got to find someone. If he isn’t in court by midnight, the shit is really going to hit the fan.”
Pulling out a phone number, Boot rapidly dialed it and waited for ring. The phone on the other end rang four times and was picked up.
“Hello,” said a seductive female voice. “Williams Bonds. Can I help you?”
“When I get back, Corrine, honey,” he said. “This is Boot. I need the phone number of the local police department for Springfield. I left it next to the phone. Can you see it?”
“Got it baby,” she said, “You want me to read it off. I miss you.”
“Miss you too, little girl, I should be home tonight and we can have fun. I just have one more of those bastards to cuff and it’s all over. I’m seeing the end of this mess and it couldn’t be sooner.”
“Okay, Boot,” the voice said on the other end. “Here it is. You be safe.”
“Always.”
He started to write down the number she was about to give him when the glass on the booth began falling apart from the bullets. Boot fell to the floor in a defensive posture and fought to bring out his gun while glass pieces flew above him. The gunshots were ringing out in the distance and he couldn’t tell which direction. It was worse than Vietnam.

Good beginning. Tough but easy. I’m looking forward to seeing where you go with this.

Thanks. I’m writing part two right now. Wish I could publish more, but it’s a contract job and the man i’m doing it for only let me publish 2000 words. When it’s done I’ll try to put a link to where you can get the final book.