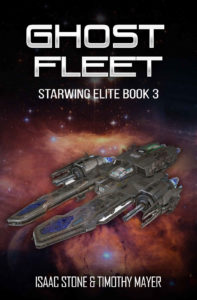 The door hesitated. “I need to caution you that Dredge is a total psychopath with strong dissociation tendencies. She is currently rated at….”
“I know how dangerous she is,” Captain told the AI. “She won’t touch me because the rest of the crew will kill her and the others if she does. I think she knows it.”
The AI made a popping sound, which Captain took to indicate a sigh and then opened the connecting door. Captain stepped inside as the door sealed behind her.
The visitation room was bare, except for two chairs, each cushioned in case one of the pirates wanted to sit down. Most of the time they huddled on the floor.

Captain didn’t carry any weapons. The years she’d spent in personal combat training and fighting prepped her for anything the pirates might attempt. Besides, the AI could anticipate any threats and had plenty of ways to deal with them. The first week the pirates were in the holding cell, one of the pirate women tried to bite Indigo, but never touched her flesh. The AI zapped the pirate woman with a quick electrical shock that took her down. None of them showed hostility after that happened.

Captain waited a few minutes. The door on the other side of the room opened. Queen Dredge entered. The door sealed behind her.
With her head shaved, Queen Dredge was still impressive. The AI implemented the depilation of all the pirate women for health reasons, it claimed, but the effect of losing their hair seemed to take them down a few levels in aggression. Dredge, on the other hand, still looked deadly. Although the AI could’ve removed their tattoos, Captain decided to let them keep them. It made the pirates easier to tell apart and would’ve cost too much anyway. The metal objects they’d used as body piercings, on the other hand, had to go.
Dredge padded over to the chair on her side of the room and sat down. “Lonely today, Captain?” she said with a grin. “You want to join me and the girls next door? We have a lot of fun together; you could too. Last night we took turns….”
“That will be all Mistress Dredge,” Captain said to her. “I’ve watched the video feed and you aren’t as active as the male gaze would like to think. So, don’t try your little tricks with me.”
“Fuck you,” Dredge told her. “And don’t use that title.” She leaned back and propped one bare leg under another.
“The only reason you and your women are still alive is that I will it. I, and I alone, am Mistress of this ship. I could have you pumped out into the void and no one would complain.”
“Then why haven’t you done it already?” Dredge snapped back at her. “It can’t be for breeding. No way in hell will any of my women submit to that. Besides, most of them can’t have kids anyway. At least not anymore.”
Captain knew about that part of the medical report and shuddered. The real horror was that the men who’d done it would escape punishment for their crimes.
“I want information,” Captain told her.
“What kind of information?” Dredge demanded, the purple scar on her face, no longer covered by make-up, flaring a bright crimson.
“I want to know about Yaldabaoth,” Captain told her. “Who is he or she and why did you swear by that name when we captured you.”
“You’d like to know about him,” Dredge sneered. “And you will. Very soon. He’ll make all of you pay for what this goddamned civilization did to us. He promised fire and damnation. But I won’t tell you anymore. I’ll let you experience him yourself. Send me back or kill me, I don’t care.”
Captain stared at her for a few minutes.
“Send her back into the holding cell,” Captain told the AI. “The interview is done.”
The door to other side unsealed and opened. Dredge stood up and padded back to the door, her naked form a profile of madness.
“It’s just getting started, Sweetness,” Dredge called back to Captain before crossing the barrier. “Yeah, I know a few things about you too.”
“Just wait a minute,” Captain called out to her. She turned in the direction of the AI’s biometric feed. “I want to talk to Dredge some more.” The door in front of the pirate resealed.
Captain stood up and walked to Dredge. Although she saw the warning light flash, Captain went up to the naked pirate queen and glared at her. Both women were of similar height. They looked at each other in the eyes. Captain could feel the raw heat from Dredge’s body.
“Where did you learn that moniker?” she demanded of Dredge.
“He told me,” the pirate snapped back, her eyebrow-less eyes flaring.
“He also told me you would like this,” Dredge informed the other woman.
Before she could react, Dredge had her mouth over Captain’s and thrust her tongue inside.
Captain remembered the AI klaxon sounding.
She was gone from the ship.
Somewhere out in the void of space.
And beheld the raw form of Yaldabaoth.
The Archon of the present age, the guardian of the abyss, the madness that lies at the core of every damaged soul. Captain could remember the insane sound of piping flutes, the dancing Pan with his tremendous phallus and the insane maenads that danced around him. She couldn’t remember much more, but somehow managed to survive.
She knew this was the alien force that tried to touch and control her and myself over the past few days. But we could resist, even if we didn’t know what it was. Dredge was its captive and apostle in the galaxy. It wanted her soul.
“I wasn’t out long,” Captain would later tell me. “Long enough to realize who or what the real enemy was. Not the Roka, not Dredge, not even the worst serial killer on the most wretched planet. It was that thing that wanted to destroy humanity for once and all.”
“I came to and looked down. Dredge was on the floor, the AI had zapped her the moment she’d grabbed me, but my contact was enough to see what tormented her psyche.”
“Let her sleep it off,” Captain told the AI as she staggered out of the room. “Then send this pirate back to the holding cell.”