(Here is the text from my submission to the story jam I participated in on 7/21/16. The theme used was “Love and Rockets”) 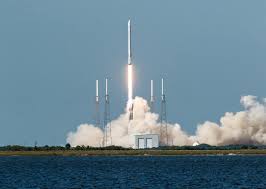 At four in the afternoon, Jack discovered the homunculus was out of its container and loose in the laboratory.

He was on the verge of calling Ron when Jack found it hiding behind a can of white spirit. Jack grumbled about all the wasted time, found a thick pair of leather gloves, and grabbed it. While the little creature screamed and wailed, Jack put it back in the tank. He placed a brick on top of the tank lid to make sure it wouldn’t get out again.

Jack needed the money from this job. After Cindy ran off to Mexico, he was a broken man. It was almost as bad as the time they were evicted from Pasadena. Four years wasted because his damn lodge brothers and sisters couldn’t remember to pay bills.

Now with Cindy gone, he didn’t know what to do. He was sure Cindy was the women he’d waited for all his life. Not like his last wife who ran out on him. Or did he run out on her? Jack had a hard time remembering things lately.

It had to be the rocket fuel he worked on in the lab. Yes, that was it; he needed to get that new rocket fuel made for the government man. Ever since the reds got hold of the atom bomb, Uncle Sam was going nuts trying to find a new superweapon.

There was a knock on the door. Jack pushed some files around the tank where he kept the homunculus. He prayed it wasn’t the landlord again. Jack was sure the rent was paid on the laboratory. So long as the landlord never found out what he really did, everything should be fine.

The knock at the door was louder the second time. Jack looked at his lab bench and piled some boxes around the reflux condensers . Unfortunately, Jack failed to notice a lone can on the edge of the bench.

Cursing under his breath, he went to the door and opened it.

It was Ron. He was early for a change.

Jack grabbed and counted it while Ron looked around the lab.This should get him through for another year. Enough time to get the hell out of this crazy town, go somewhere else and establish a new identity. Maybe even finish his college degree.

Ron took off his hat and put it on one of the few empty spots. “Jack,” he told his old friend. “This place is disgusting. I know things haven’t been so good since Cindy left, but you need to clean it up.”

Ron picked up a glass container off the shelf and looked at it. “Does your landlord know what you are working with? If the fire department ever found out….”

“Just shut up Ron,” Jack snapped at him. “I don’t need advice from the likes of you.”

Jack was the same age as Ron, but appeared to be twenty years older. His eyes were sullen, his hair a mess and he wore a dirty shirt. He couldn’t remember the last time he ate.

“Here,” Jack said to Ron as he pushed the junk pile away from the tank. “I have what you wanted. Now take it and get the hell out of my life!”

Ron went over to the glass tank and looked inside. Inside the tank, a small six-inch creature looked up at him. The homunculus resembled a tiny human in every way, except that it was transparent. Ron could even see the organs inside.

“So this is it,” Ron said to Jack. “Dear God, Jack, I can’t believe you really did it. No one has created one of these in five hundred years. How did you learn how to make it?”

Jack reached behind the shelf and pulled out an old notebook. It was wrapped in leather cord and had the initials “A. C.” on the cover. He held it up to Ron.

“This told me how,” Jack snarled as he waved the notebook in Ron’s face. “You didn’t get everything from the old man. You might have thought you did, but someone found this and sent it to me.”

“Why, you…” Ron stuttered at Jack and tried to grab the notebook, “I paid him a lot! How did you get it?”

“You got the wrong notebook, Ron. The old man kept two sets of books, didn’t you know? Your thief took the bogus one. Now you’ll never learn the secrets. You might think you have the power to twist minds, but it won’t work on everyone. And what happens when the people you can’t sucker tune you out? You’ll just be another crazy preacher on the boulevard!”

“Give that to me!” Ron yelled. He tried to grab it, but Jack was too fast for him.

The can fell off the table and hit the floor.

Before Jack could yell, the can exploded. His world went black.

The next thing Jack remembered was a woman with red hair pulling him out of the rubble. It wasn’t Cindy, she had red hair too, but this woman had green eyes and features that were sharp. His clothes were burnt and the lab was a mess of broken glass.

“Call me Scarlett,” she told him. “I tried to get here first, but your friend beat me. We need to get out of here; the police and fire department will be here in five minutes.”

Jack stood up and looked at what remained of his lab. It was gone, all his work on the rocket fuel and the notes he’d kept. He’d never be paid by the government. In the corner were the mortal remains of Ron. He turned and looked at the other corner. The tank was in pieces.

He checked his pants pocket. The money was still intact. The notebook, on the other hand, was burnt beyond recognition.

“What happened to the homunculus?” he asked her.

“Dead,” she told him, “Maybe. Did you use human cells to make it? If you did, it will resemble the donor when it’s fully grown.”

“Oh,” Jack gasped to her. “That might not work out so bad for Ron’s group.”

An hour later, as they raced down Highway 1 in Scarlett’s car, Jack turned in her direction.

“Did we summon you?” he asked. “I never could figure it out. Ron and I had that old book out in the desert and it was supposed to bring forth the spirit of Babalon. Cindy showed up a week later and I assumed it was her.”

“It wasn’t her,” she told him. “You should be careful with those old books. Half the symbols you used were out of date. Same problem two hundred years ago. However, this time I get to stick around. You and Ron forgot the most important part of the rite.”

“Sending me back. Now shut-up, I need to get you to a hospital. I’ve got plans and you figure into them.”

The car increased its speed and made for the nearest exit.