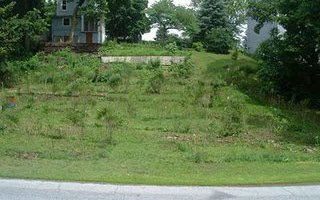 You may wonder how I grew a hedge maze in my backyard without running afoul of the plant police. It was easy. I checked and discovered there were no ordinances against growing a hedge maze…

I find a few basic garden and carpentry tools are useful in hedge maze maintenance. These are the loppers, grass clippers, hedge cutters, hand saw, and shovel. Gloves and a good hat are necessary. Add to these long pants… 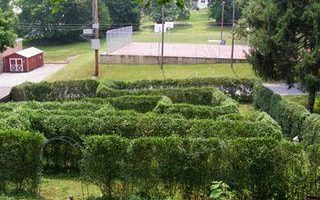 The maze concept fascinated me since I can first remember. Likewise, the labyrinth too, it’s the same idea. This was the place where Theseus, in the Greek myth, entered to rescue Princess Ariadne from the Minotaur. It was where Jennifer Connley ran from the Goblin King, played by David Bowie….

Many people do not know it, but my hedge maze was once used to shoot an impressive music video. The video helped to launch the singing career of a prominent V-logger. Although I wouldn’t recommend…

The Cyclist is the latest novel by college instructor, noir writer, and bicycling enthusiast Anthony Neil Smith. I’m happy to announce that Dr. Smith has lost none of the magic. This novel is a page-turner and will keep you up until the last page. It features his adopted homeland of Minnesota and the rough hills of Scotland. And the tension kept me enthralled to the final word of this book.

Long before Hollywood plagued the world with one sequel after another, the great pulp writers discovered the power of bringing back a character, even after he or she was killed at the end of the story. At the end of the first Golden Amazon novel, we saw Violet Ray Brandt dead, a victim of her own psychopathic intrigues. However, John Russell Fearn, the creator of the Golden Amazon, knew he had a hot property on his hands after the success of the first Golden Amazon reboot.

David Gordon shoots and scores again with his latest novel, The Bouncer. After I read his Mystery Girl and The Serialist, I am convinced Gordon is one of the best crime writers I’ve encountered in a long time. His books are hilarious and keep your attention. He knows how to tell a good story, create memorable characters, and engage the reader. And, dammit, he’s already put out a sequel to this book which I’ll have to buy. I’m never going to finish Dodge in Hell or Youngblood Hawke.

One of the greats of 20th-century genre writing, Frederick Brown was accomplished in all areas of popular fiction. Science Fiction, fantasy, detective, mystery, thrillers; the man wrote in every area. I’m sure there were a few…

It’s not often that the sequel to a great piece of literature surpasses the original. The Blood Star, the follow up to Nicholas Guild’s The Assyrian, manages to do this with little effort. Every now and then I put a book down and say, “Wow, I’ll never equal this.” Such were my feelings after I read the final page of this solid piece of literature. 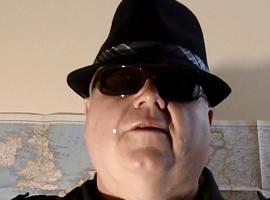 Because sooner or later everyone gets interviewed: 7 Questions With Author Tim Mayer