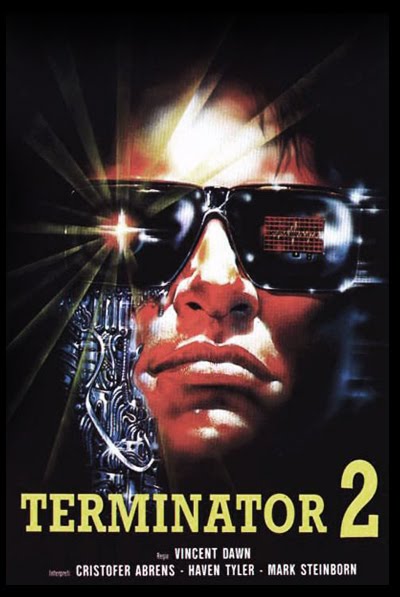 One of the many joys of living just outside the City Where All the Brothers Love Each Other is the annual All-Night Italian Splatterfest at the Colonial Theater in Phoenixville, Pennsylvania. This was started years ago by a group of film fanatics who volunteer at the Colonial Theater, which is a small art house where the original Blob was lensed 60 years ago. There’s even an annual Blobfest. I’m not making that one up.

Anyway, the film fanatics, all young guys in their twenties, wanted to recreate the dusk-to-dawn shows that drive-ins used to run when they still dotted the landscape. Toward the end of the season, just before it became too cold for the drive-ins to stay open, they would have these shows that presented five horror movies in a row. Sometimes your car would get a prize if you made it to the end of the show.

I’ve tried to attend all the Splatterfests in Phoenixville, but missed the first one. Originally, the people who ran the show made it a point of pride to book the features on real movie film and not use digital projections. As a film fanatic myself, I want the real McCoy and not something out of a computer. The line scratches and bad splices are part of the charm.

However, last year they slated the famous giallo classic Blood and Black Lace (1964) around midnight. Right before the film was about to be shown, one of the announcers told the audience that the Mario Bava masterpiece was in bad shape, but they had a pristine digital copy that would show one screen over. Being a purist, I vowed to sit through the real film projection, no matter what. Two minutes into the showing of the classic, I joined everyone else in a migration to door number two. Why? The real film print they’d obtained was faded so bad, that it became a red and white movie. Color is a very important part of Blood and Black Lace.

This year the treats to be shown where Tentacles (1977), Black Sabbath (1964), Alien Contamination (1980), Shocking Dark (1989), and The Black Cat (1981). Only the first two were shown on real 35mm film. They came from archival prints. According to one of the volunteers who worked the show, it’s harder and harder to get real film prints anymore. With film no longer the medium for the movies, there is less of a drive to preserve what is out there.

Another mention should be made as to why this is the “Italian” Splatterfest. At one time, Italy served as the film capital of Europe. Italian directors, actors and production people would crank out all manner of popular genre films. Was Hercules (1958) popular one year? Great, let’s do muscleman movies until the public doesn’t want them anymore! Clint Eastwood hits it big with The Good, The Bad and The Ugly (1966, produced in Italy) and the Spaghetti Western comes into being.

But horror movies were always a staple of Italian cinema. You could count on a fresh batch of warm-blooded scary movies all year long at your cheap cinema or drive-in. Cut them a bit for sex and violence, and you have a stable of films for the late-night slot on your local TV station. As the seventies progressed, horror moves became more extreme and the Italian directors followed the lead. Certain Italian directors became known for thier extreme blood and guts horror movies.

As always, the audience for the Splatterfest was a mix of goth kids, heavy metal thunder, old film buffs, and whoever was drug along for the show. It was a bit less packed this year, but still plenty of people.

First up was Tentacles, a film which fails to address the problem of elderly American film stars in low budget monster movies. How can a film that stars Henry Fonda, Shelly Winters and John Huston be bad? Oh, it’s easy, just give them a bad script. People are disappearing in a coastal town in California. The culprit? A giant octopus, that we only see inside a fish tank. I’d watched this movie years ago on late night TV and couldn’t remember it being so dull. Guess trimming it down for commercials did a bit of good. Plus points for seeing Bo Hopkins in full James Dean mode, as he tries to explain to a pair of killer whales why their help is needed.

The next film, Black Sabbath, was a real classic and directed by the great Mario Bava. I’ve watched it before and welcomed a chance to see it on the big screen. It was a collection of three ghost stories narrated by Boris Karloff. Karloff himself starred in the third story about a Russian Vampire. I highly recommend this movie if you ever have the chance to watch it.

After an intermission, we were treated to one of the final movies from the post- Dawn of the Dead (1978) wave of Italian Splatter films, Alien Contamination. This one involved a discovery of huge green eggs that causes people to explode whenever the eggs hatch. Lots of establishing New York City shots and unknown Italian actors. The exploding egg concept was ripped from Alien (1979), but no one really cared. Chock full of cheap digital synthesizer music and bright lighting. This was the first film they showed on digital that evening and it looked far better than the copy I saw at a drive-in thirty plus years ago.

The fourth and final film I watched that evening was a pristine digital projection of Shocking Dark. Made in 1989, years after the initial wave of post DoD movies subsided. As it was directed by Burno Mattei, I expected a movie that was technically good. And it was. Too bad the movie had little else to offer. The film was set in the Venice of the future, a place deserted due to climate change. A group of military types, known as (I couldn’t make this up if I tried) “The Mega Force” are sent in to find out why the remaining outpost in the city hasn’t responded. The movie rips-off every good scene from Aliens (1986) without a bit of guile. The scared kid (played by an adult actor), the approaching swarms of xenomorphs, even the victim who wants the good guys to “kill me”. It’s all there. And the film ends with a duplicate of the first Terminator (1984) movie. When released in Italy, this movie was actually called Terminator II. Somehow this non-classic was never released theatrically in the United States. Of course, the audience ate it up. People laughed so hard they were in tears. I don’t think more than two minutes passed where I didn’t hear guffaws.

Sadly, it was 2:30 AM by the end of this movie and I’d had enough splatter for one evening. I was unable to stay for a digital showing of Lucio Fulci’s The Black Cat, which is too bad as I’ve never had the opportunity to watch it.

I hope the Colonial Theater will continue the tradition for next year.